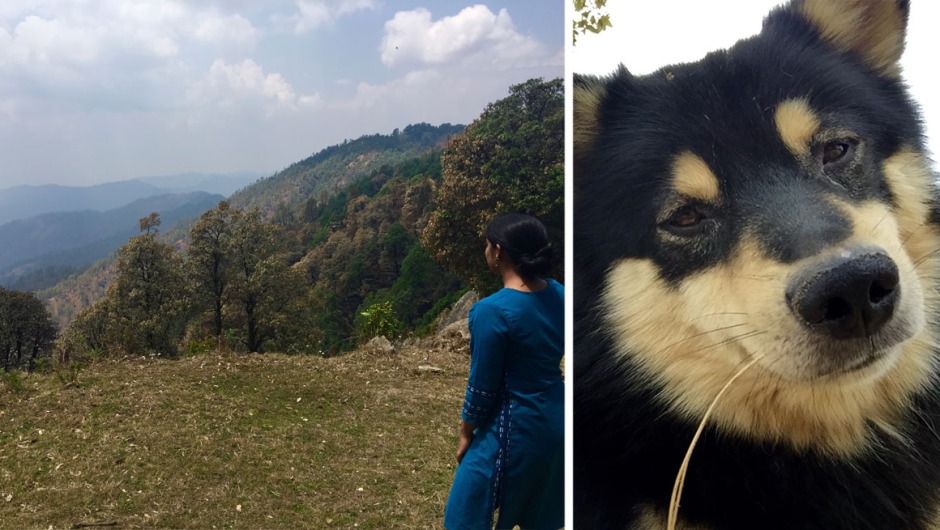 I’m really not an outdoorsy girl. So when my brother insisted that I join him on an 11km trek up Mount Kranteshwar in Champawat, Uttarakhand, I was terrified. I made every excuse I could think of – I’ll slow you down, I’ll never manage, I have work to do, it’ll be nicer for you without me – but to no avail. My tall, fit, athletic brother convinced my much-less-so self that coming all the way to Uttarakhand was incomplete without a trek. Having promised to help me through it, he persuaded me to give it a shot, and I (against my better judgement) agreed.

About 15 minutes into our trek, we stopped at a little settlement where we met some friends of our guide’s. They chatted with us for a little while, asking about where we were from, how long we’d be there etc etc. Then, I was introduced to Jackie; a stunning mountain Bhutia.

I introduced myself. He was friendly. He wagged his tail, shook my hand and let me cuddle him, quite willingly. As we were leaving to get back to our trek, I asked him “Are you coming with us?”

Something told Jackie than I needed some help. Not only did he come with us, he also didn’t leave my side the whole time. He’d run ahead, but stop and wait for me to catch up. He stopped when I stopped, sitting right next to me, head or paw on my knee as if to assure me that I could do it. However irrational it sounds, I’m convinced that I wouldn’t have made it to the spectacular view at the top of Mount Kranteshwar without my new friend.

On our way down, Jackie refused to enter the premises of the resort we were staying in. Perhaps it was another dog’s territory. He sat just outside the entrance, watched me walk away and I suddenly felt tearful. I ran back to him, gave him a hug and said thank you, at which he licked my nose and happily trotted away.

I will probably never see Jackie again; an unexpected friend in the most unlikely of places. But then, aren’t those the best kind? 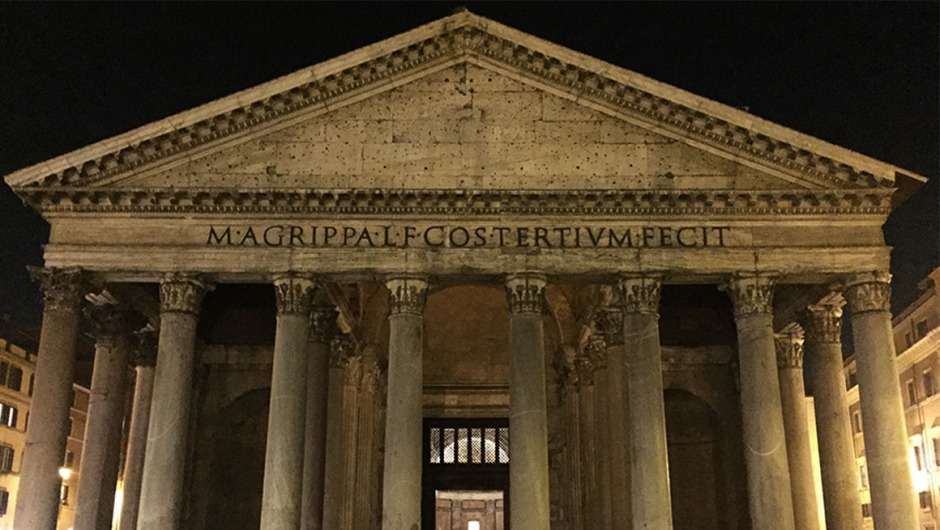 Rome was a city for art historians. Monument after monument, story after story… many that shaped the way the world looked at and practiced art, and the direction it took.

My dance-and-adventure-partner for this trip and I found ourselves walking to the Pantheon on our first night in this magical city. Never has my camera ever felt so useless. No single frame or paragraph can capture the majesty of this structure and the history it holds inside its walls.

I walked around in silence. I signed my name in a book compiling the names of visitors from around the world; leaving the tiniest proof that I had once stood there. I was trying to comprehend where it was that I was standing when I realised I was looking at Raphael’s tomb.

If the weight of the history in that room wasn’t already on my shoulders, it certainly was now.

And I couldn’t help thinking…

What did it take? To live a life, like that? Who were these geniuses, who gave up everything else, and created things that changed the way we looked at art and the way we observed the world? Who are the people who will make history? The ones who guard tradition? Or the ones who question? And which side do I want to be on? And in 400 years… will anyone care?